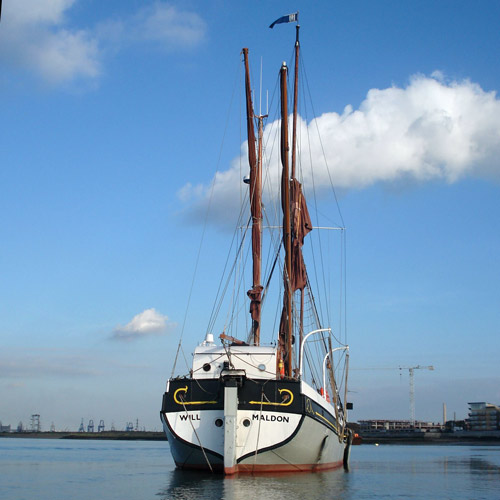 Launched in 1925, just shy of 100 feet long, and 100 feet tall to the tip of her main-mast, Sailing Barge Will is the largest spritsail Thames Sailing Barge ever built.

The first part of her life was as one of many classic trading vessels synonymous with London’s great river. Now she plies a modern trade giving private groups very special experiences.

Perfect for soaking up the sights of London, and enabling our Clay Shoot events, the decks which stretch across the whole boat, feel so special because of the myriad of ropes and masts you gaze through. Plenty of room for everyone. 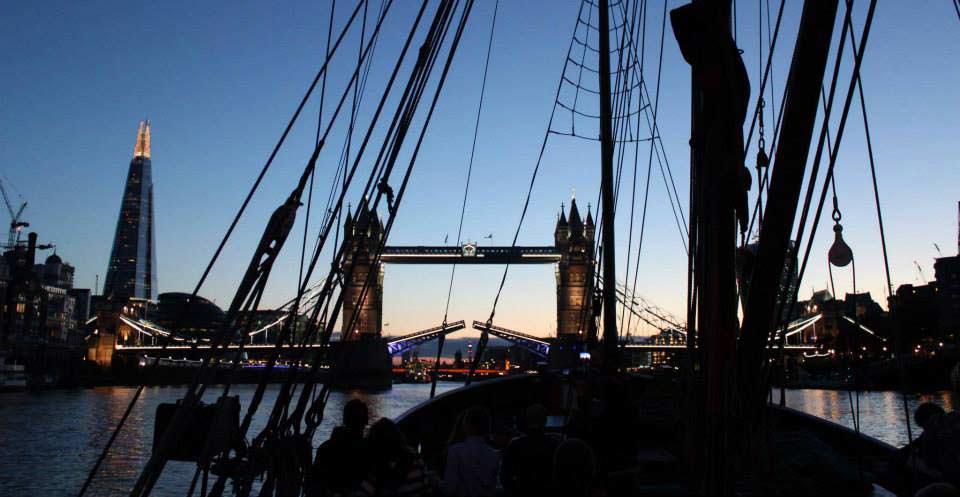 Guests are often stunned when they come below decks. It’s common for us to hear a gasp as those on board come down to discover a room from a bygone era. Beautiful oak-panelling, brass features, and a log-burning stove are just some of the attractions.

We generally cruise from Tower Pier, with it’s excellent public transport connections. This also has the added benefit of meaning we have to open Tower Bridge not once but twice – what a shame! 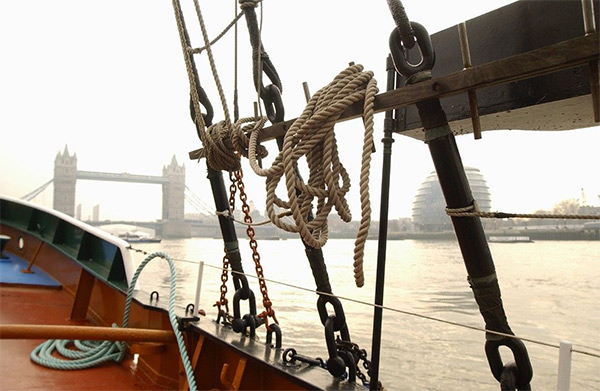 A potted history of Thames Sailing Barge Will

Built in Great Yarmouth in 1925 as one of four commissioned steel barges, she started her trading life which continued until 1966. With her traditional flat-bottom, she was perfect for the low-tides of the Thames.

Through WWII she ran vital trade routes and was attacked by the Axis powers three times: twice by the Luftwaffe, and once by a motor-torpedo boat. Her total damage was over 1000 bullet holes in her mainsail. However, she survived.

In 1966 she left her trading life as economic times and technologies moved on. She eventually became the floating board-room of P&O, and corporate hospitality became part of her DNA. Check out Thames Barge Will’s Wikipedia page here. 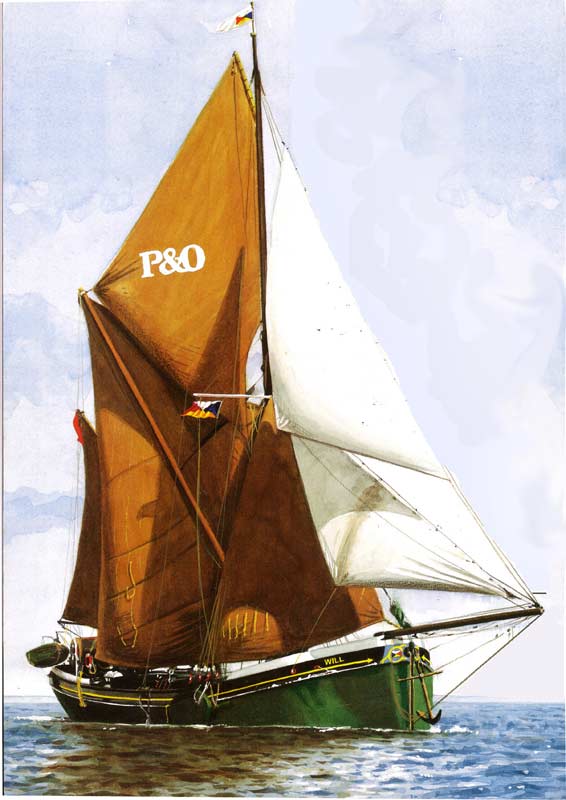 Adapting to a modern life

For the best part of the 21st century, Will has been a very busy providing corporate and private group hospitality to thousands of lucky people.

The income this generates allows her considerable upkeep to continue, hopefully securing her future for generations to come.

Her decks have seen many guests come and go, and still she proudly keeps her ropes tightly coiled, and brass polished.

With safety and quality standards on the river Thames rightly rising greatly over the years, and the standards required on board with them, Will has had to adapt to a modern life, despite her age. But she’s built of stern stuff, and is as sprightly as ever, regularly bothering her old friend Tower Bridge to stop its other job and salute her tall masts!

Behind the preservation of Will, and running of the many events we do every year, is a small team who cares about this special boat, and the experience you’ll have on board.

We use cookies to ensure that we give you the best experience on our website. If you continue to use this site we will assume that you are happy with it.Ok